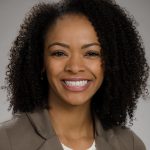 Spring 2020 will forever be etched in our minds. From the risk of infection and possible death to normal activities like working from a coffee shop, life has been changed. I imagine in the future, we will discuss this period of time as pre and post-COVID world. During pre-COVID, casually flying and taking vitamin C beforehand seemed like a reasonable and sufficient precaution. During post-COVID, deliberate decisions on the cost and benefit of flying will be mauled over. Masks, face shields, and many traveling sized hand sanitizers will be necessary and still might not calm the anxiety brewing within. It is clear that COVID-19 has impacted most Americans’ lives, but for some already vulnerable and marginalized groups, the disruption to everyday life and the risk of death is much more real.

As the spring continued the Center for Disease Control, the U.S. federal government and local governments instituted mandates and recommendations to help reduce community spread. They also hoped these efforts would help relieve the overwhelming pressure COVID-19 cases placed on the healthcare system. Unfortunately, the lack of knowledge of the severity of COVID-19 and in some part inaction and poor governmental decisions, these efforts did not adequately reduce the swell of cases and deaths. By the end of spring, the United States was not only faced with the desolating impact of COVID-19 but also the disparate effect it has had on racial and ethnic minority households and communities. As a result of COVID-19, disparities became more blatantly clear.

According to the American Public Research Lab as of early August, the age-adjusted mortality rate for COVID-19 relative to White Americans was over three times higher for Black, Latinx, and Indigenous peoples. When examining the percent of COVID related deaths relative to the percent of the population at the state level racial/ethnic groups are overrepresented in the following number of states: Asian 11, White 13, Indigenous 19, Latinx 19, and Black 40.[1] Furthermore there are 23 states where the difference between the percent of Black COVID-19 related deaths and percent of the population at the state level is over +5% and 17 states[2] in which it’s a 10% gap.

While unfortunate, these numbers are not surprising given 1) historical oppression and 2) the literature on access to health insurance and adequate healthcare among racial and ethnic minorities and poor households. For years leading up to the passing of the Affordable Care Act (ACA), around 45 million non-elderly Americans lacked health insurance, and a disproportionate were non-White. The high uninsurance rate, coupled with findings that Black patients are less likely to receive proper medical screening and have a higher probability of being seen by a less trained professional has further exacerbated to the devastation of COVID-19 especially among Black households.

As part of a collaborative effort, researchers[3] across several intuitions have fielded the National Panel Study of COVID-19 (NPSC-19), a multi-wave, a nationally representative survey to track American households as the pandemic progresses. The survey has allowed for the analysis of the various dimension of vulnerability across employment typology (unemployed, non-essential, essential non-healthcare and essential healthcare) and race and ethnicity.

In a recent working paper, Alberto Ortega, Joaquin Rublacaba, Edward Vargas and I leverage the NPSC-19 data to evaluate individual responses to several mental health inventories by employment typology. As with other studies our analysis illustrates that -on average-all respondents report higher levels of mental health distress during the pandemic regardless of worker typology and race/ethnicity. While descriptive in nature, our findings suggest that being a Black or Latinx essential non-healthcare worker is associated with significantly higher levels of mental health distress (anxiety and depression) relative to White respondents. These findings follow those of Diette et al (2018) which found more prominent mental health effects on the Black community following the Great Recession.

Black and Latinx Americans are also over represented among frontline workers, further elevating health risk for these populations. Several studies and news outlets have highlighted Black and Hispanic/Latinx workers’ saturation in essential non-healthcare occupations. In some industries such as food and agriculture, and industrial, commercial, and residential facilities and services, Black and Hispanic workers make up more than half of current workers (Gould, and Wilson 2020).

Another study find that Black workers account for 26% of all public transit workers employed during the pandemic. They also find that, on average, Black frontline workers account for 17% of all workers, which is significantly more than their proportion of the U.S. workforce. In the NPSC-19 survey on average Black and Hispanic essential non-healthcare workers reported not having health insurance 9.8% and 8.3%, respectively, relative to their White counterparts who lacked health insurance 2.5% of the survey.

While we are all trying to navigate the new reality of COVID-19 it is clear that there are elevated risks that some groups who have been historically marginalized face. In addition to health risks, this public health crisis has illuminated other socioeconomic vulnerabilities that plagued Black and Brown communities. When the time comes to pick up the pieces and shape our new post-COVID reality, it is imperative that we leave some pieces where they lie and forge new social and economic structures that aim to eliminate systemic racism.

Jevay Grooms is an Assistant Professor of Economics at Howard University