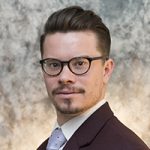 In 2005, Senator Ted Kennedy introduced the Healthy Families Act to Congress, proposing an employer mandate to provide employees in firms with at least 15 workers with access to paid sick leave, but the bill did not pass. Much time has passed since then, but a bipartisan consensus has never been reached. In recent weeks, the COVID-19 crisis has unexpectedly highlighted the lack of paid sick leave in the United States and its possible public health consequences.

In February, journalists contacted me for the first time to get my opinion on the relevance of (a lack of) paid sick leave during the spread of the coronavirus. In 2017, alongside Stefan Pichler, I published a paper that utilized Google Flu Data to show that city-level sick pay mandates reduced the spread of the flu. To illustrate the mechanisms, we produced a simple labor supply model and deconstructed the total labor supply response to sick leave coverage into what we dubbed “contagious presenteeism” and “noncontagious absenteeism.” We assumed that contagiousness was unobservable and that employers would not internalize the negative externalities of the under provision of paid sick leave.

In a follow-up working paper that Stefan Pichler, Katherine Wen and I released in February 2020, we confirmed the empirical finding that flu rates decrease when workers gain access to paid sick leave—this time we used official CDC data and the variations in the implementation of sick pay mandates by U.S. states (including Arizona, California, Connecticut, Massachusetts, and Oregon among others).

In the following weeks, I learned how to provide cautious, yet hopefully helpful, policy advice and how to extrapolate from robust findings with unknown external validity to the spread of a new virus. While the symptoms of COVID-19 (fever, chills, sore throat, coughing,…) largely overlap with those of the flu, COVID-19 also produced a significant share of asymptomatic cases, which were still contagious to others. How much would paid sick leave help to flatten the curve?

After a couple of weeks, my standard response became that it would be hard to predict how much paid sick leave could help to slow the spread of the disease, given the unprecedented situation. I would add that, from an economic standpoint, paid sick leave would certainly help to flatten the curve but was only one tool, not a magic bullet, but very important. Once employees gain the option of taking sick leave, a marginal share of infected employees—maybe with mild symptoms—will call in sick and stay home instead of going to work sick. In short, contagious presenteeism will decrease.

Imagine a low-income earner who depends on her paycheck and who is a single parent working in the food service industry. Most of these employees do not have access to paid sick leave (and often also do not have access to unpaid sick leave if not covered by FMLA). Before this crisis, when presented with mild cold symptoms, the standard behavioral response of this worker may have been to take some over-the-counter medicine and power through the workday. In contrast, given the option to take paid sick leave, the worker will be more likely to stay at home when sick with a contagious disease. As a result, the worker will infect fewer people on the way to work, fewer customers, and fewer coworkers. Thus, access to paid sick leave reduces the spread of contagious diseases.

As we adjust to our new normal of self-isolation, masks, gloves, and social distancing, it becomes even more salient to us how infections spread. When this is all over, we may wonder how we ever tolerated sneezing employees with runny noses at work. I believe that our norms of how we deal with infectious diseases could permanently change—for the better, and away from a workplace culture that rewards physical presence and punishes calling in sick.

On March 14, the House passed the bipartisan Families First Coronavirus Response Act (FFCRA) by a vote of 340-40. On March 18, the Senate approved the bill 90-8 and President Trump signed it. The bill contains two weeks of emergency sick leave funding. However, the purpose is strictly limited to the coronavirus, exempts firms with more than 500 employees, and expires at the end of 2020—when the coronavirus will seemingly disappear forever. I am still glad to have witnessed some bipartisan teamwork and consensus; this was the first time since I moved to the United States in 2011. I really hope more will come.

Nicolas R. Ziebarth is an Associate Professor of Policy Analysis and Management at Cornell University.