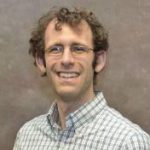 It was only my first day on the job, but the pace was radically different from graduate school. My new supervisor walked in the room and handed me an analysis of hospital quality that had been presented to the Federal Trade Commission (FTC) by a hospital system that was seeking to acquire a physician’s group. Over the next few days, I dissected the analysis and shared with my economist and attorney colleagues my conclusions about sample selection, the validity of the standard errors, and whether the analysis used appropriate control groups. A few weeks later, I was sitting across from the statistician who had conducted the analysis as I helped an FTC attorney question him on the work he had done. I was using my technical skills from graduate school, but in this setting, the stakes were high and time was short.

During my work on that case, I would go for coffee with an economist colleague of mine, where I would discuss research questions that were coming to mind because of my work on the investigation. Even in my first couple of weeks on the job, I discovered how the two main components of working at the FTC, casework and research, could be extremely complementary.

Much of my casework at the FTC has been analyzing the expected effects of a proposed merger between two companies, frequently two hospitals. When we evaluate the effects of a merger, we typically use available data to estimate demand for the hospitals, speak with market participants to obtain their views on the merger, and assess any claims the parties make about efficiencies that could result from the merger. In each of these steps, I am using my training in applied microeconomics, both the econometrics and the economic theory.

Academic research is also embedded in the culture of the FTC, and this part of our work has many similarities to an academic department. We publish academic papers and present at conferences, have institutional support for research, and have an active seminar series. At a recent meeting with an FTC Commissioner (one of the heads of the agency), every staff economist in my division was asked about any research projects s/he was currently working on.

While many FTC economists are engaged in academic research of all types, we have a particularly large concentration in health economics. I think this is largely due to the synergies that exist between much of the casework that we do (particularly in health) and research. At this point, in response to these synergies, we also attract many new economists who are interested in health economics and continue their preexisting research agendas when they arrive. This “advantageous selection” makes sense — the FTC is a very exciting place for me to be a health economist! We regularly engage in impactful policy and can keep an active research agenda that has impacts at the FTC and beyond.

Ted Rosenbaum is a Staff Economist in the Federal Trade Commission’s Bureau of Economics. He has a Ph.D from Yale University.