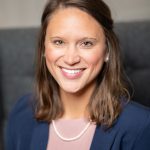 The COVID-19 pandemic has profoundly changed all aspects of home and family life in the past several months. Severe and sudden unemployment, school closures, and quarantining have created enormous challenges. The package of policies designed to curb transmission of the disease, including stay-at-home orders, closure of non-essential businesses and schools, and the large-scale transition to remote delivery of a variety of services has created concern among domestic violence advocates and child welfare professionals and about victims spending more time in isolation with their abusers. For example, in a survey of providers of a (now virtual) home visiting program, 89% of these trained professionals were concerned that the risk of physical abuse and neglect would increase among children due to the changes created by the pandemic.

For example, compared to 2019, the months of March and April 2020 saw 42% fewer overall visits to the emergency department across the U.S., but the decreases were disproportionately large for women and children. Similarly, reports of child abuse to hotlines and 911 were also down compared to previous years. Domestic violence shelters reduced their capacity to comply with social distancing guidelines, meaning fewer victims had a safe place to flee. In contrast to reductions in reporting, with more people staying home, there may be changes in how domestic violence is detected and how child maltreatment is surveilled, namely in who is reporting. For example, more neighbors may now pick up the phone.

So how should we measure changes in domestic violence and child abuse and neglect in the COVID-19 era? Most current research on domestic violence during the pandemic relies on 911 call data. These data are imperfect and likely underestimate domestic conflicts, but most data sources are ripe with problems during the quarantine. Researchers have collected 911 data from across the country, including Los Angeles, Baltimore, Chicago, and Dallas, and others to determine whether these stay-at-home policies have affected domestic violence reporting.

There is an emerging agreement within the literature: 911 calls reporting domestic violence have increased in the first part of 2020 relative to trends in previous years. Estimates range from 7.5 percent to 10 percent to 12 percent. Interestingly, these increases are largest among first-time victim households, renters, married households with children, areas that stayed home more, and calls coming in during the weekdays. Using data from domestic violence hotlines and surveys, research based in other countries also shows increases in domestic violence. For example, increases have been detected in Argentina, Peru, Iraq, India, Uganda, Germany, and Australia.

Since children generally do not (or cannot) self-report abuse, measuring child maltreatment is even more challenging due to the large declines in reporting that have occurred in 2020, in part due to school closures. However, early research from medical literature relies on other data to address this question. For example, the National Poison Data System has reported dramatic increases in daily calls to poison centers regarding ingestions and inhalation in 2020 relative to the same period in 2019, particularly among calls regarding children aged 5 and under.

Another study shows that fractures and injuries occurring at home, such as bicycle injuries, have increased, though sports and playground injuries have decreased, suggesting a shift in the location of injuries. Similarly, overall pediatric emergency department visits have decreased, but medical records show that severe trauma has increased relative to 2018 and 2019 trends. More accidental poisonings and injuries among unsupervised children could lead to a report to Child Protective Services agencies. Indeed, another recent study shows that, despite confirmed cases of child abuse and neglect dropping precipitously, children in counties that stayed home relatively more were more likely to be a confirmed victim of maltreatment, particularly neglect. As in the case of domestic violence, the affected areas were places that historically experienced less maltreatment.

Although more research is needed – is has been only a few months, after all – the early evidence suggests there are substantial health and human costs in the form of household violence associated with the global lockdown policies. To be clear, social distancing is a necessary public health approach to curtail the spread of COVID-19. However, closures of this magnitude may need to be complemented by services or policies that mitigate the challenges families experience in the face of the “new normal.”

Lindsey Rose Bullinger is an Assistant Professor of Public Policy at Georgia Tech.