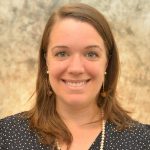 Colleen Carey: You’ve made significant contributions to our understanding of the pricing, competition, and regulation of pharmaceuticals. How did you first get interested in pharmaceuticals?

Patricia Danzon: It was really a confluence of factors back in the early ‘90s. Around that time, pharmaceuticals were growing in importance, in part because of new drug classes such as cardiovascular drugs and antidepressants. So, people began spending significant amounts on pharmaceuticals, and new forms of insurance, involving pharmacy benefit managers (PBMs), were developing.

The MBA students were interested in a class on the pharma industry, and I volunteered to teach it. I invited speakers from the industry to cover topics unfamiliar to me. That was my education in the pharma industry, and there was no better education. For example, when you talk to an economist about generics, they talk about how patients or physicians should choose generics because it’s the same product at a lower price. But hearing the president of Teva, you learn that the pharmacies are the real decision-makers and customers for generics, because they can substitute and have incentives to prefer cheaper products.

Carey: How do the institutions around prescription drug coverage, such as Pharmacy Benefit Managers (PBMs) and tiered formularies, affect drug pricing and affordability?

Danzon: It seems to me that there are intrinsic agency and incentive problems. The economic literature assumes that either insurers, or the PBMs they hire, have a stake in controlling drug prices. But when you look at how PBMs are actually paid, they don’t. PBMs make money in a number of different ways, including a percentage of total spend and a fraction of rebates they negotiate off of the drug’s list price. So, it’s in the interest of both the PBM and the pharmaceutical company to go for higher list prices and bigger rebates.

If we think of it as a principal-agent problem, the customers of the PBMs are mostly self-insured employers. Employers have a hard time evaluating the value of one PBM versus another. The employer must somehow evaluate the trade-off between price and access over thousands of drugs in different therapeutic categories, without data on the counterfactual, alternative possible scenarios. This model we have in the US does not work. And, sadly, it impacts the rest of the world because the US prices become the benchmark the industry expects in other countries.

Carey: Are there economic questions around PBMs and drug pricing that are, as yet, unanswered?

Danzon: Several insurers have tried to introduce their own PBMs to take control of that function. But by and large they have gone back to the big PBMs, which suggests to me significant economies of scale, beyond what a single insurer can achieve. I don’t think we fully understand what leads to the dominance of the big PBMs, despite no obvious barriers to entry and indeed some attempts at entry. The major exception here is United, and then a potential new twist with the purchase of Aetna by CVS Caremark.

Carey: You have written a lot about increasing global access to branded drugs, including a call for pharmaceutical firms to charge middle-income countries a price that is a function of average per capita income. How will today’s pharmaceutical firms be shaped by emerging markets?

Danzon: Global pricing is one of the earliest subjects that got me interested in the pharmaceutical industry. Pharmaceutical R&D as well as manufacturing capacity create a large joint fixed cost for the industry. I started thinking about Ramsey pricing for this problem, which indicates that prices should vary inversely with demand elasticity across markets. As a rough proxy for unobservable elasticities, I suggested per capita income. That was a starting point.

There are several issues, though, that complicate the application of Ramsey pricing and price discrimination models. One point that Aidan Hollis made originally is that these models ignore the skewed income distribution within these countries. In practice, the branded industry is looking only at the top income echelon, earning incomes comparable to middle incomes in the US. That would imply a fairly high price for these markets, which would be unaffordable for the majority at lower incomes.

In addition, the Ramsey pricing and price discrimination models are predicated on the idea that the patented drug is a monopoly.

But in fact, originator brands often have competitors in emerging markets, either because the patents are deemed invalid or not being enforced under local patent rules, or there may be close “copy” substitutes. So, the reality is a differentiated oligopoly, in which the originator brand charges a high price to reflect its quality advantage and segmentation strategy. The lower income people buy lower price, potentially lower quality “generics,” but at least get access to close substitute products.

Over time, I’ve shifted my views, and now, my concern is that the US is encouraging other countries to adopt its patent system. The US has the most generous patent system in the world, allowing not just the 20-year composition-of-matter patent but many follow-on patents for minor attributes and or non-novel changes. And the industry is pushing other countries to adopt these expanded protections, which could really reduce access in emerging markets.

Carey: What advice do you have for earlier stage health economists?

Danzon: Take time to play a mentorship role yourself. It’s one of the most rewarding parts of our career. Secondly, know your economic models, but spend time around people in the industry if you really want to understand what’s happening in health care. The devil is in the details. Thirdly, I’d encourage learning about international systems. It gives you a different appreciation of the US system. And finally, just follow what interests you. A career is a long haul. When you start off, it may be that nobody cares about your topic. But if you’ve found something important, it will have its day.

Patricia Danzon is the Celia Moh Professor Emerita at the Wharton School at the University of Pennsylvania, and the 2020 recipient of the ASHEcon Victor R. Fuchs Award, which recognizes significant lifetime contributions to the field of health economics.

Colleen Carey is an Assistant Professor of Policy Analysis and Management at Cornell University.

This interview has been edited for length and clarity.