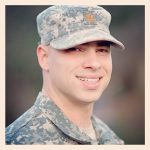 Many job market candidates struggle with the “type” of employment that they want. Should I take the traditional path and go into academia? Perhaps I’d be happier in government? Industry might be an option. Fortunately, I didn’t have to make that choice. As a military health economist, I have a job that melds aspects of government, academia, and industry. I work for Army-Baylor – a joint graduate program between the Army Medical Department and Baylor University. Since many readers may not be familiar with the military or the program, let me start with some background and history.

During World War II, the Army realized that its health care operations in Europe and the Pacific were suffering, not because of a lack of clinical capabilities, but due to administrative problems. After the war ended, the Army and Baylor University teamed up to solve the problem and by the late 1940’s were training Army health care administrators.

During this same time period, as employer based health insurance was becoming the norm, free health care for service members and their families became a key benefit of military service. Today, this care is payed for by Tricare Insurance and generally provided through a direct care hospital system – not the VA system with which some might be more familiar – but a vertically integrated health care system with hospitals and clinics staffed mostly by military providers on military bases.

As the costs of running this system and providing insurance have expanded, so has Army-Baylor. What started out as an Army only program for health care administrators, now accepts students from all branches of the military, the Coast Guard and the Veteran’s Administration with a variety of clinical and non-clinical backgrounds. In addition to its core Masters of Health Administration degree, it also offers a Masters of Business Administration. Baylor continues to provide the curriculum and academic oversight, while the military services provide faculty across multiple disciplines including economics.

As an economist in Army-Baylor I have much the same job as anyone in academia. I produce research to expand our knowledge of health economics and teach graduate courses. My students are a little different though. Because they are military I actually have legal authority over them. You can bet they don’t miss class very often!

In other ways, my job is similar to other government economists. I help analyze policy implications. For example, Congress recently directed a major change in the governance of the Military Health System. For years, the Army, Navy and Air Force Medical Departments were only loosely affiliated with other. Each service essentially ran its own hospital system. Congress dictated the creation of a single organization that will take control of all military hospitals over the next few years. I get to help look at the implications of this decision.

Working for an organization that runs its own health system also provides parallels to working in industry. On any day, I may be presented with an internal problem and asked for my analysis and opinion. For instance, I recently helped answer a question about collection rates at one of our hospitals.

Of course, for an economist who thinks about the returns to specialization, this seems like too many roles to do anything particularly well. However, my industry-like access to the organization means my research benefits from incredible access to all kinds of military data: Personnel records, performance reports, medical records, even random drug tests! As a policy analyst, I’m aware of even small policy changes. Between congressional oversight, hierarchical rank structure, and involuntary employee relocation, the military offers lots of plausibly exogenous sources of change.

One of the unique characteristics of working for a military organization, though, is the rate of turnover. There is no tenure process and most faculty leave within five years – often sooner. Most faculty are active military who were selected to go to graduate school after a decade or more of practical experience within the organization. The military pension vests at 20 years in service creating a disincentive to stay longer. And, of course, there are still military requirements. I have to take a physical fitness test and have my body weight checked twice a year!

Working as a military health economist is a unique experience. There are very few of us which means mentorship must come from outside the military. Access to data, variety of experience, and dedicated students, though, make it rewarding. For those on the job market, we do have a small number of civilian faculty positions. Maybe you don’t have to decide between academia and government either!

Steve Schwab is a Major in the United State Army and an Assistant Professor in the Army – Baylor University Graduate Program in Health and Business Administration. He has an M.B.A. and an M.H.A., both from Baylor University, and a Ph.D. from the Wharton School at the University of Pennsylvania.

His comments are his own personal opinion and do not reflect the views of the Army, the Department of Defense, or any other government agency.