By Molly Schnell and Janet Currie 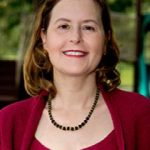 The United States is in the midst of the worst drug epidemic in its history, with over 115 Americans dying every day from a drug overdose involving an opioid (CDC WONDER, 2017). While deaths involving heroin and illicit fentanyl account for a growing number of these deaths, at least 40% of opioid deaths—or more than 46 deaths per day— involve opioids prescribed by medical providers (Seth, Rudd, Noonan, & Haegerich, 2018), and many illicit opioid users become addicted after using legally prescribed drugs. Therefore, understanding physician prescribing—both the “who?” and the “why?”—is an important piece of the puzzle for designing policies to address the epidemic.

In forthcoming work in the American Journal of Health Economics, we consider the role that physician education may play in shaping the opioid prescribing practices of physicians. To do so, we analyze data from IQVIA (formed from the merger of IMS Health and Quintiles) on annual opioid prescriptions written by physicians across the US from 2006 to 2014. In addition to the number of prescriptions, these data contain information on each physician’s specialty, practice location, graduation cohort, and an often-overlooked factor that may affect practice style: where they went to medical school. As almost half of opioid prescriptions written by physicians are prescribed by those in general practice, we focus much of our analysis on general practitioners (GPs).

Of course, this prescribing gradient need not represent a causal effect of training. It is possible that physicians from lower-ranked medical schools see a disproportionate number of patients who need opioids or that the types of people who get into higher-ranked medical schools are less likely to prescribe opioids regardless of their education. While we cannot fully rule out either of these explanations, additional evidence suggests that neither of these factors can fully explain the prescribing gradient that we observe.

First, a significant prescribing gradient exists even among physicians who likely see a similar mix of patients: physicians in the same specialty who practice in the same hospital or clinic. While controlling for physician specialty, practice location, and number of patients does attenuate the relationship between prescribing and medical school rank—suggesting that differences in demand play an important role—the persistent gradient makes it unlikely that demand-side factors alone drive differences in prescribing.

Finally, we find large differences in opioid prescribing based on the world region in which foreign-trained physicians attended medical school. Again comparing physicians in the same specialty who practice in the same location, we find that on average, physicians trained in most regions outside of the US write significantly fewer opioid prescriptions per year than physicians trained domestically. Notably, only GPs trained in the Caribbean, Canada, and Mexico/Central America write more opioid prescriptions per year than GPs trained at the top 30 US schools. These differences are again suggestive of training effects.

As the opioid epidemic continues to worsen, policy makers continue to search for solutions. Our work suggests that reducing prescription rates among the most liberal prescribers—who disproportionately are trained at the lowest-ranked medical schools—could have large public health benefits.

Molly Schnell is a Postdoctoral Fellow at the Stanford Institute for Economic Policy Research. In 2019 she will be an Assistant Professor of Economics and Management & Strategy at Northwestern University. She has a Ph.D. from Princeton University.