Professor Stacie Dusetzina started the conversation by sharing some stylized facts about the state of prescription drugs spending in the U.S.

Most people recognize the importance of prescription drugs to the advancement of society. These drugs help alleviate and manage symptoms, both of which have economic implications for individuals and companies. Therefore, economists understand the value of developing new drugs and making them accessible to the audiences that need them. At the same time, drugs are expensive to develop and have to go through layers of procedures in order to get approved by the Federal Drug Administration (FDA) due to safety regulation. The need for innovation vs. the high-price and regulation creates tension between the needs of the population to maintain their health and the price that one must pay to obtain those drugs.

Professor Dusetzina mentioned that spending on drugs has had a positive growth rate since 2006. This growth has more than doubled since 2012. “In 2015 we are looking at $300 billion dollars in net spending.”

Figure 1: Spending on Prescriptions in Billions of dollars

Figure 1 shows the evolution of this spending over the last 10 years. It is important to highlight that even though we have seen improvements in the rate of insurance after the implementation of the Affordable Care Act, consumers still get exposed to higher prices as we see increases in the deductible limits. In addition, high drug prices are increasingly becoming the main reason why people report they are skipping on a given dose of prescription. For insured individuals around 10 percent of individuals report cost as a reason for skipping while for uninsured this is about 33 percent. 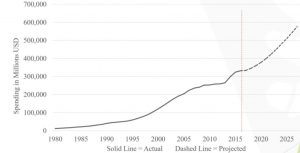 Figure 2 shows increases and projected increases in prices over the next few years. To put these increases into context, when thinking about Medicare spending, drugs offered in the outpatient setting (retail settings) account for 15 percent of all of Medicare spending. While spending on Medicare Part D or physician drugs represents about 4 percent. These issues raised the question of why is prescription drug pricing increasing in this manner? Professor Dusetzina points at a couple of reasons why we may expect higher prices in these markets:

Professor Aditi Sen summarized the number policies the federal and state government have put into place to deal with drug-pricing issues. She notes that there has not been a lot of congressional actions and most policies have come directly from the federal government. From the federal government the policies we have seen in place are the: Rebate policy, Part D reforms, External Reference pricing, Inclusion of list prices in televisions Ads, Biosimilar action plans and regulating patient assistance programs. At the state-level there are some regulations related to pharmaceutical products. The most common bills adopted by states has been fair pricing bill and the transparency bill. These are bills that are aim to mitigate the financial risks of obtaining drugs. Some states have more directly passed Anti-Price gouging regulations. Currently, Maryland’s law has been challenged and it will be seen by the supreme court. Finally, we have a number of states prohibiting “Gag Clauses”, which are laws that are aimed to deal with situations in which paying out of pocket is cheaper than paying with insurance. Professor Sen stressed how important is for states to implement new policies since these are great “labs” to test their efficacy.

Professor Rena Conti highlighted that an important question within the drug-pricing literature, is “What is the right amount of spending we should have for these inputs, and what is the optimal pricing strategy that will lead to the “right” level of innovation? She pointed out that answers to these questions are key policy-parameters for which research need to contribute. She mentioned that focusing on how to address market failures in this environment will be key for policy-makers. These failures include asymmetric information, barriers to entry and a fundamental mismatch for incentives for new-products. Finally, she stressed that when talking about prices of drugs we always need to clarify the difference between spending and prices, and what type of prices. For example, a drug-price could mean list price, retail price; out of pocket price; price net of rebates. When researchers mention that a policy has impacted drug-pricing, which pricing definition are they referring to?

Professor Andrew Mulcahy addressed the question: What can researchers do to influence health policy? He suggested that there are three main components to this issue: (1) Understanding the policy landscape, (2) do related research, and (3) communicate results to the “right” audiences.

In terms of understanding the policy landscape, Professor Mulcahy highlighted to understand how the different stakeholders think about a particular issue: policy-makers, industry, consumers, FDA, etc. Participating in a webinar, attending conferences and making daily or weekly investment in keeping up with the changes is something that will be relevant to staying informed. In terms of research, Professor Mulcahy mentioned that the most relevant research for policy often involves simulations and similar modeling rather than quasi-experimental designs. Finally, in terms of tangible avenues for impact, Professor Mulcahy, mention that publication in journal articles and working directly with policy-makers are good traditional ways to approach this issue, but that shorter policy pieces could be very helpful as these can be more widely spread and read by a number of stakeholders.

Sebastian Tello-Trillo is an Assistant Professor of Public Policy and Economics at the University of Virginia and a Co-editor of the ASHEcon Newsletter.